Home » News » MLSP Updates its Affiliate Program But Who Really Benefitted From it? 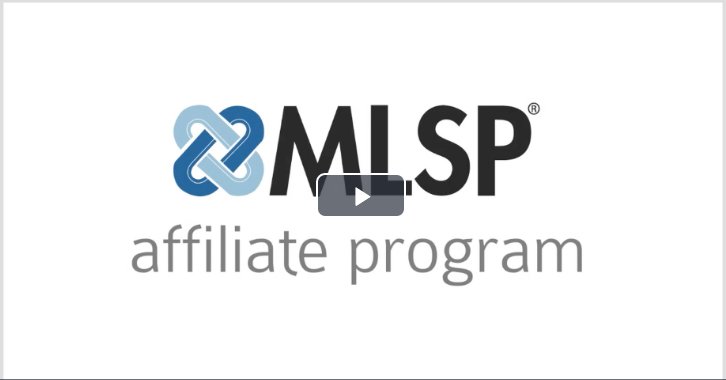 I have been a paying member of My Lead System Pro for a lot longer than I expected and that is for several reasons, with their affiliate commissions being one of them.

I was never a fan of the type of program MLSP was until I actually dove in and purchased their Master membership myself.

The training was nothing new to me as I’ve seen it before, as a former member of the Empower Network. whose owner went crazy and got the whole site shutdown.

Now, MLSP was different (in a way) and they did offer the right price, along with the right commissions for a product that very much relied on its affiliates to keep the cash flowing.

However, there has been a recent change in their affiliate commissions and compensation plan and it has caused a bit of a fuss to a lot of its loyal followers.

After watching a video on the changes that were taking effect immediately, I couldn’t believe what was happening and the stories that they were telling.

Were these changes really for the better and requests made by its members?

If giving money away is what its members want to do, then yes, this was what they asked for but I highly doubt that anyone wants to be paid less.

MLSP is a program that is designed to help network marketers gain more leads and make more sales through their attraction marketing model.

Super simple and not worth anything over $50 in my opinion.

That’s not what makes this so called “opportunity” what it is as there is always a hidden agenda of some sort going on behind the scenes and every member knows its simply because of one thing.

MLSP is a high ticket, (used to be) 100% commission type of program that is very much like the many others out there, to include Digital Altitude, which no longer exists.

These companies have their training/education as their product but offer crazy commissions to its affiliates and that is why they are very popular and promoted heavily.

MLSP came with two memberships in the past.

The University membership was nothing more than their attraction marketing model that taught network marketers how to do exactly that.

The Mastery membership was nothing more than a way for MLSP affiliates to make money by promoting the company.

As short as a week ago, you were able to market MLSP and make $100 off of their Mastery membership.

For every person you brought in that became a member of the Mastery membership, you will get paid $100 every single month they renew, but all that has changed.

Let’s just say that I’m not actively promoting MLSP although I think their training is fair and the price for it is actually affordable and decent.

Now they have changed everything and have created 3 types of memberships that has pissed a bunch of its members off.

Instead of University and Mastery, you now have Basic, Professional, and Premium.

This addition is not some $10 increase but rather a membership that comes to the tune of $300!

You can see the rest of the membership levels below but let’s get into the changes that have been made “for the better”. 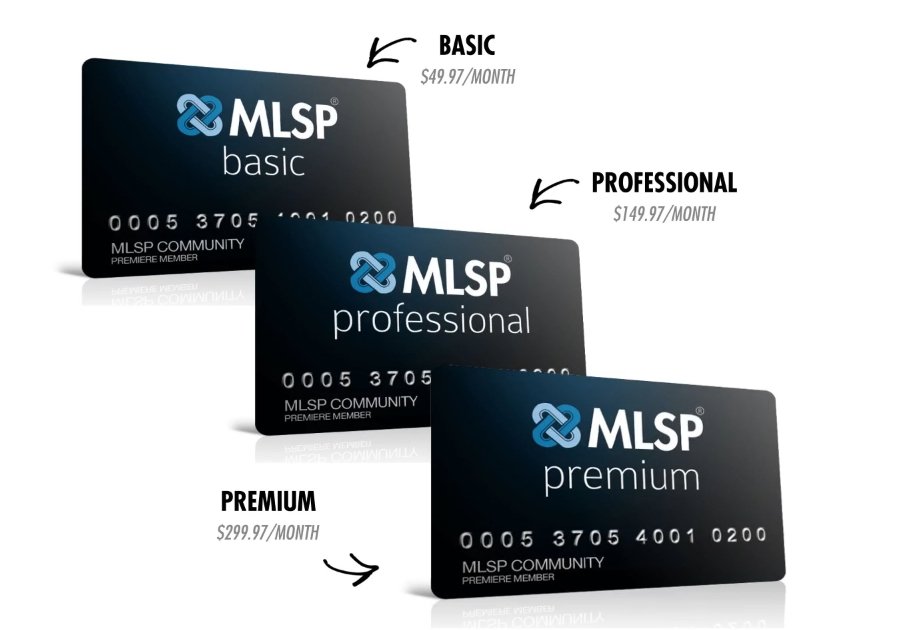 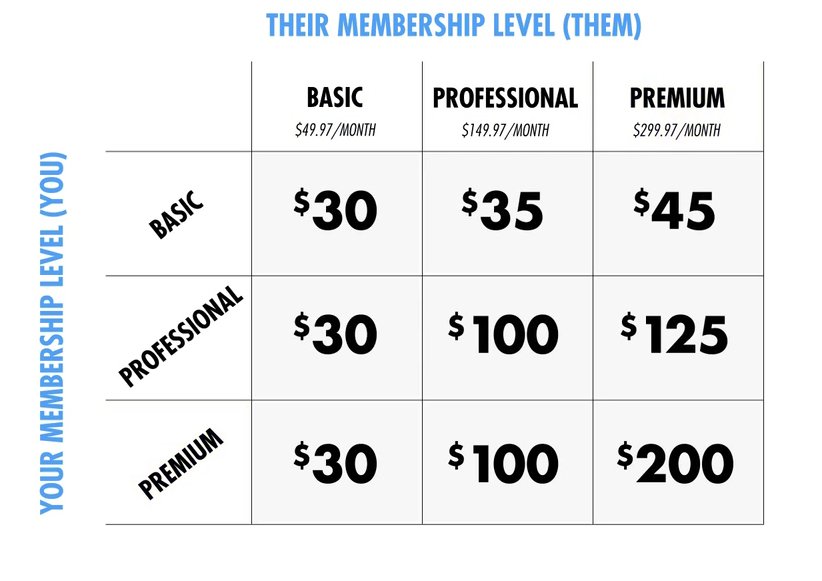 Say bye bye to them $100 commissions!

At least when it comes time to renew their now Professional membership.

Instead of receiving that $100 commission every month that your refferal remains a member of MLSP, you will now only get $100 as a “bonus” and then you will only get 30% of their monthly membership every month after, depending on what leadership level you are in.

The higher level of leadership you are means more commissions but you can only go as high as 50%.

Compared to the $100 you are only able to max out at about $75, which means MLSP will have an extra $25 to add to their income. 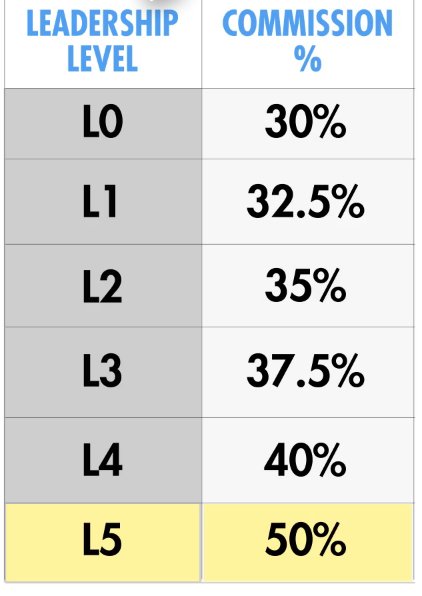 If any of you are or was a member of MLSP you will have probably gotten a ton of emails talking about how you can upgrade and make that L5 by upgrading to their Premium, $299.97/month membership.

As a marketer myself, it’s times like this where I don’t like what I do as I can see every hidden agenda that these gurus are using to cash in on “special events” like this.

By paying for that Premium membership and getting others to do the same, you can make about $150, which will take two recruits in order to have that membership paid for.

This was nothing but a launch to make some quick cash and something I am not fond of.

So Who Really Benefitted From This?

Obviously the owners but everyone else has lost, even those L  whatevers that think they are benefitting from having a higher membership added to the mix.

Although they have been grandfathered into things and they won’t feel the hit because they have enough referrals to cover the damage, I do hope you know that you are losing.

Everyone that has a decent downline will be paying more (so MLSP makes more) and still be doing the hard work that is needed to bring others into the company.

Now Here’s the Problem I Have

Some may say there was a ton of value added to the program but I beg to differ.

The training is still the same and the only additional items are the extra blog, data storage, and amount of referrals you can store in your back office.

I don’t care who you are, the answer is a big fat no.

If you were just starting out as a network marketer, do you really think you can even afford the $300/month?

Back at my old job I was bringing in $400 every two weeks and if one of my checks were going towards an extra blog and more storage for my prospects then there is a huge problem.

We all know the tactics when it comes to network marketing/attraction marketing and how you claim to have the tools to help network marketers and then blast them with a compensation plan that will have them promoting the same product they intended to use to grow their MLM.

I can understand if they started out using this new comp plan but you can’t take a bone away from a dog after throwing it at him.

So for those of you who feel that you were betrayed or let down, I feel your pain.

Those of you L20’s or whatever leadership level you are in, I’m sure you don’t mind the changes but I’m sure you know you have lost too.

Whatever the case may be, MLSP won this battle and that’s just how it is.

“You guys asked for this”

Hearing that played over and over again will make someone go crazy but that is what owner, Brian Finale claims and I thin that he thinks people won’t understand.

Is he questioning your intelligence or does he just not care?

Maybe he needs help paying the bills in the mansion he bought with all the money you guys bring in?

There are many reasons one can think of but I don’t see any improvements with MLSP.

It’s a pretty sad time for anyone who has just started building their business around MLSP and had to see the news at such a time.

Small changes will benefit the owners BIG time but most won’t notice.

Do you feel that anything they say justifies the changes?

Is MLSP heading into the dark side…again?

HempWorx Review: Scam or Legit Business Opportunity?
Next Post: Can You Really Make A Decent Income Online With Authority Hacker?