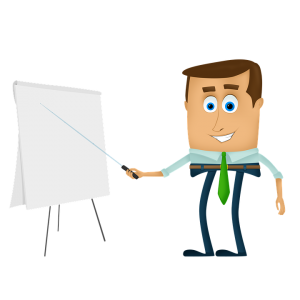 I never thought I’d see the day that I would talk about making money with MLM. Okay, I didn’t really make any and I would like to share my “why” with you.

I have had my run with this type of stuff, but I think this article will be beneficial for those of you who are actually considering to join a multilevel marketing business.

Now if you asked me what I thought about you joining an MLM I would tell you don’t do it. There are better ways to make money from home and if you’re like me, you’re probably thinking that this is only the way.

If it wasn’t for something called affiliate marketing, I would probably still be looking for the next best thing. Thank God I’m not and I want to share a little of my journey with you.

A Little MLM History From Me

I got my first taste of MLM from my siblings who were heavily involved with a multilevel marketing company called Amway. I was about 10 years old and I was around it all.

From the suit and tie meeting up with “prospects” to the whiteboard about becoming a diamond, I think I have learned enough about this type of business to give you my two cents.

On top of all the exposure as a young punk, I finally took a dive into my first business, which was called Melaleuca.

Very similar to Amway, but hasn’t been around for as long as they have. However, they are actually the top two at least in regards to their niche.

I kinda joined because of one product and that was probably the first mistake I’ve ever made as a network marketer.

I got backed up with products and I didn’t even like the detergent or any of the products I was getting. There was just no way I was going to sell something I didn’t actually like.

After almost two years of being on an auto-ship, I finally cut my losses and cut the chain off. That wasn’t the end of MLM for me though as I joined Vidacup not too long after that.

I gave that a try and again, I was involved with some crappy products and I couldn’t see myself using this gross coffee as a business of mine.

Okay, that was my last one and I would probably never join another one. I think I’ve learned enough about what can and can’t be done with these pyramid style type businesses to see where I stand.

MLM is Just Not For Everyone

I don’t care what anyone tells you about marketing and you being the problem as to why you’re not getting anyone to join you in your new business.

The fact that over 95% of all multilevel marketing businesses will not succeed says a lot about the industry. Now if you think it’s just you, don’t let anyone influence your decisions.

The reality of things is that people want to make money online, but no one really wants to play the whole recruiting game.

As much as they say they love doing it, it’s only because they are trying to build their income by getting people to join under them.

I pretty much did nothing. You can say that I wasn’t trying hard enough or I didn’t know what I was doing, but I beg to differ.

I didn’t try to talk to a single person while I was in and it’s not that I’m some type of shy guy either. It’s the fact that I didn’t believe in what I was selling.

I will only sell something that I use and if a coffee isn’t something I enjoy then there’s just no way I’m going to lie to people and say that it’s the best thing out there just to get them to pay me some residual income.

I tried to say that I was in it for the products, but the I would just be lying to myself. I had no business being in any of those businesses and although I learned the hard way, I don’t regret anything.

Everything Happens for a Reason

If I was even making $1,000 from any of the MLMs I joined, I think I would feel stuck and it would only push me to recruit more people.

Then the people under me who weren’t making a single penny would just quit and that would only take away from my not so big income.

Now if I was making that much money, I would think that that was it for me. There is no need to do anything else, but focus on something that I already started in the first place.

Change Can be Good

I went from MLM to affiliate marketing and the rest was history. I knew nothing about it, but the business model behind it was something I could see myself doing.

I could really make money selling other people’s products? Recruiting wasn’t the only way to make money from home?

The Concept of Affiliate Marketing

I don’t think there is a better business model than what affiliate marketing has to offer. With the fact that you are giving people true value and also giving them something they are looking for in the first place is really amazing.

No more relying on downlines to grow your bank account. No more losing friends and family over something they don’t believe in.

Yup, I was that guy.

I can proudly say that I now have friends again and no one thinks I’m crazy or trying to take their money from them by getting them to signup under me.

So with everything I’ve learned about MLM and making money online, I have come to the conclusion that it is just not for everyone.

Of course people will make money with them as there has to be someone at the top. In most cases it won’t be your average Joes, but that’s just how it is and there’s nothing we can do about it.

My suggestion to those of you that are struggling to make any type of income with MLM, is that you need to at least try creating your own online business.

Other than that, if you don’t do something about it now, you will most likely be at that J-O-B that you probably don’t enjoy.

Thanks for reading my article and if you are an MLMer, I’m sorry. Even if I’m not a fan, I still wish you nothing but success. Cheers!

A Work at Home jobs

Leased Ad Space Review – Advertising at its Worst
Next Post: Revenue Sharing Is Not For Everyone – Is It Right For You?