Home » Blogging » Will Blogging Still Work in 2018? Yes, if You Understand These Simple Facts 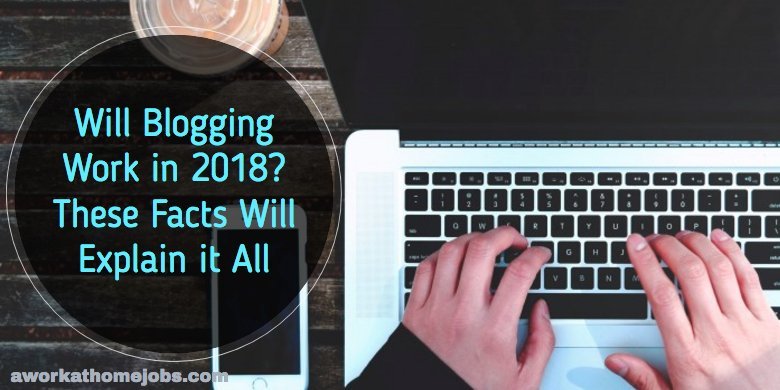 With 2017 coming to a close, I have learned a lot more than I knew in 2016 and the same question arises even after giving the same answer this year and the year before.

Times have definitely changed and it has new bloggers questioning themselves if they’re in the right line of work, simply because there are millions of websites on the internet.

As a not so seasoned blogger and only getting my start in 2014, I thought the same exact thing and almost didn’t get into it because of the doubt I was having.

If I had listened to others and not given it a chance, I would be at that good old day job of mine, probably dreading every morning and not spending any quality time with my kids.

That’s not the case and I want to give you a little insight on how I managed to beat the odds and how you can too.

So Will Blogging Still Make You Money in 2018?

The long answer: Yes, but…

You need to understand several things before you even get started, or you’ll find yourself following the huge majority of those that don’t succeed at it.

Since I said that, let’s get into that topic and let me explain why blogging will still work in 2018 and how it can work for you and everyone else who actually wants to make it work.

That’s a huge number and something that should motivate you.

Just because there are millions of websites out there in cyberspace, does not mean that they are all in use or even close to making any money.

I personally know thousands of people who have tried to blog for money but ended up quitting even by their first month of even “trying”. 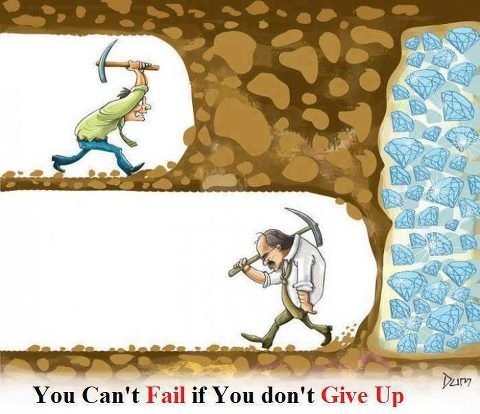 If someone ever told you that you could make money by tomorrow with a blog, then they lied.

Unless you plan on advertising, it is not going to happen with search engine optimization (SEO).

Don’t think that just because you created your first website and it looks like the prettiest thing on the block that you will be making money even in a month’s time.

Getting on Google’s good side consists of understanding basic SEO and nothing more than being consistent and ultimately never giving up.

Whether you’ve been blogging for 6 months and you don’t see results, don’t give up.

There are just too many people that come into the world of blogging that quit right before they are about to see success.

All they are doing is adding to the millions of all blogs that aren’t even active.

Are you seeing the simple reasons as to why blogging will ALWAYS work?

You Don’t Have an Actual Niche

This is one thing in life where you don’t want to be the jack of all trades.

As a blogger, you want to pick a niche that is narrowed down and far from broad,meaning don’t try to cover so many topics with just one blog.

I came into things trying to run a whole site on dads and boy was that a bad idea.

By simply narrowing it down to something like gifts for dads, things would’ve been 10x easier.

At first the whole idea of having so many topics covered on one blog sounds amazing but when you start blogging, you will see how overwhelming things can be, especially when you’re not seeing any results.

Don’t make the same mistake I did but if you do, at least learn and DO NOT QUIT.

Gurus Will Make You Think Otherwise

This is by far the biggest reason why anyone would think that blogging won’t work and it’s actually really irritating.

They tell you how blogging and SEO is dead just so they can pitch you their so called method, which is only there for you to put money in their pockets.

Every single year I come across at least one person who either doubts the potential of blogging and making money or they flat out don’t understand how it all works.

Whatever the case may be, there is always going to be doubt and there’s really nothing you can do about that.

Just remember what I said here when you come across the next guru that tries to tell you that blogging is dead and it won’t work these days.

I thought blogging didn’t work in 2014 and I have fellow bloggers who thought the same thing in 2016 and 2017 who are actually making full-time incomes right now.

If you can understand that almost everyone who starts a blog will end up quitting and all you really have to do is the complete opposite, then there’s no reason why you can’t succeed.

Get on a schedule, be consistent, and most importantly, don’t ever give up.

As long as you are working on creating new content, your blog will eventually get ranked with ease in the search engines and you will be the authority in your niche no matter what.

Blogging works now and it will very much work in 2018, so definitely give it a try if this is something you have always been wanting to try.

These days you can have all your blogging needs in one place, thanks to sites like the Wealthy Affiliate.

So if you are looking for the best training and place to start your blog, that is where you want to go.

Unless you want to do everything one piece at a time, then you will be better off going with them instead.

I hope this post has given you more than enough useful information to know that blogging is here to stay.

If you have any questions, feel free to leave them in the comments section below and I will get back to you as soon as I can.

Until next time, good luck and happy blogging!

Is Big Profits Plan a Scam? This Review Explains it All
Next Post: Automated Income Systems Review – Is Share The Number a Scam?