Home » Personal Development » Do You Have What it Takes to Be the Next Millionaire Vlogger? 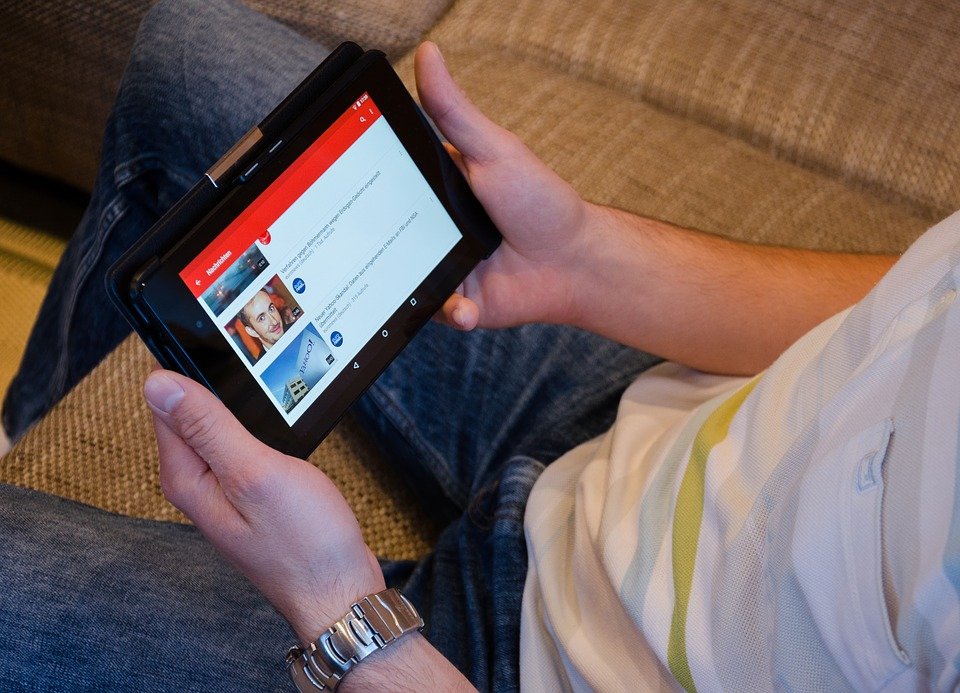 It is no hidden secret that there is a good amount of people making millions of dollars doing this thing called vlogging.

From pranks and playing video games, all the way to doing nothing but talking about what they are doing daily, there are people making boat loads of cash from the internet.

But of course not everyone will believe such a thing until they come across the news and they see some kid making $11 million dollars in a single year.

Not many will believe but most will just not understand the concept, which is what I would like to go over in this post.

We can all dream of becoming a millionaire but with this thing called vlogging, you might just be next.

But first, let’s go over some of the basics so you can grasp the concept of how money is really made with YouTube.

That’s the simple side of things but there of course is a lot more to it than just that.

When YouTubers start their vlog, it usually starts with an actual niche of some sort rather than just a bunch of videos put together just to make money.

Even daily life stories of different families started with a niche and eventually became somewhat of a reality YouTube channel once things got to a point where they created a list of subscribers that actually like their content.

The best example of this and one of my favorite success stories is Ryan’s Toy Reviews.

Some kids might watch Ryan’s Toy Reviews and find this little kid to be interesting and somewhat of a friend but what they don’t know is that he actually started with a very specific niche.

Roman Atwood started with pranks and whatnot, and now does things with his family that entertains the millions of subscribers he’s obtained over the years.

Ninja is in the gaming niche anyone and everyone who is interested in gaming.

These days, he entertains his following with Fortnite videos and every other interesting aspect of the gaming world.

Besides these big time YouTube channels there are thousands of other channels that do nothing but focus on their niche and are still able to bring in thousands of dollars a month.

Some YouTubers focus on other types of reviews and are still able to make money with just a couple thousand views a day.

The big question most of you might be asking is how in the world do you even make any money with such a simple thing like YouTube.

Well, I have the answer for that too.

How Your Niche Works

In the world of websites, videos, blogging, and everything else involved within the industry, there is a process that is only understood by those involved.

When Ryan used to and continues to create the content for his channel, there is always going to be several things that come to mind.

In the world of an online marketer, there is a thing called keyword research that again, only people like myself that are involved in such an industry can understand.

I’m sure you have “Google’d” something in your life and it might have even been on a review for some product you were interested in purchasing.

That was the start for Ryan’s videos and even they started with some keyword research.

By simply having someone on that video will give your overall channel “a view”, and this will definitely add up.

Imagine getting ranked in Google for just 20 keywords that get searched thousands of times a month?

Things can and will add up very quickly and that will result in someone making money for people like yourself.

In the beginning, that’s really all there is to it and if you can understand that much, you can make some good money online.

Once you start getting noticed, you can start creating content that your audience would like without having to do keyword research and that’s when things will really start to pick up.

In the world of vloggers and bloggers, there is a few characteristics that separate those that succeed and those that will most likely never make a single penny.

First and foremost, you need to take action.

Pick a passion of yours and get to creating your first YouTube channel.

Every YouTuber started somewhere and they all made $0 for many months before they even made a single penny.

The thing about this business is that once you start making that money, it’s really only a matter of time before you are making hundreds and thousands of dollars in a single day.

You might not believe it but trust me, it is very possible.

Lastly, DO NOT QUIT.

At least 80% of failed vloggers quit right before they find success.

5 months in and they figure that “this is just not for them”.

Be patient and let your channel get found by Google and your followers will follow.

There are several reasons as to why some of you might think that you aren’t cutout for this type of stuff but I think they are nothing but excuses.

“I don’t have any money to get started”

The list can go on and on about why you can’t make money online but you just need to understand that this whole vlogging thing will work for anyone.

I mean, who said you need to even show your pretty face?

There is actually a YouTuber that my kids watch, and she does videos with just her hands!

She does not show her face once but she makes millions of dollars every single year.

Now for those of you that don’t have money to invest, let’s just say that you will not find a cheaper business that you can start with.

Vlogging and blogging are probably the cheapest businesses to startup but still able to turn more profit than any real business out there that isn’t Amazon.

Starting a vlog does not require any money and can all be started with even just your smartphone.

A nice vlogging camera would be best but that can wait until you start making more money with your newfound hobby.

You have too much to gain and nothing to lose.

Whether you feel you can do it or not, you at the very least need to give it a try.

The internet is where it’s at my friend so do yourself a favor and get with the program.

I am personally not a vlogger but I am a blogger, which is no different.

So if you think blogging might be a better fit for you, then go for it.

If you need help with getting started with blogging, you can read this post.

Other than that, all you really need to do now is take some action.

There’s more than enough space for another YouTube channel and with the billions of dollars circulating daily, you can very much get a piece of the pie.

FundsFact Review: Revenue Sharing Scam or Legit Opportunity?
Next Post: What is Level Rewards and is it Even Worth Joining? See a Full Review Here