Home » News » Crypto Currency: Do You Really Know Where Your MONEY is Going? 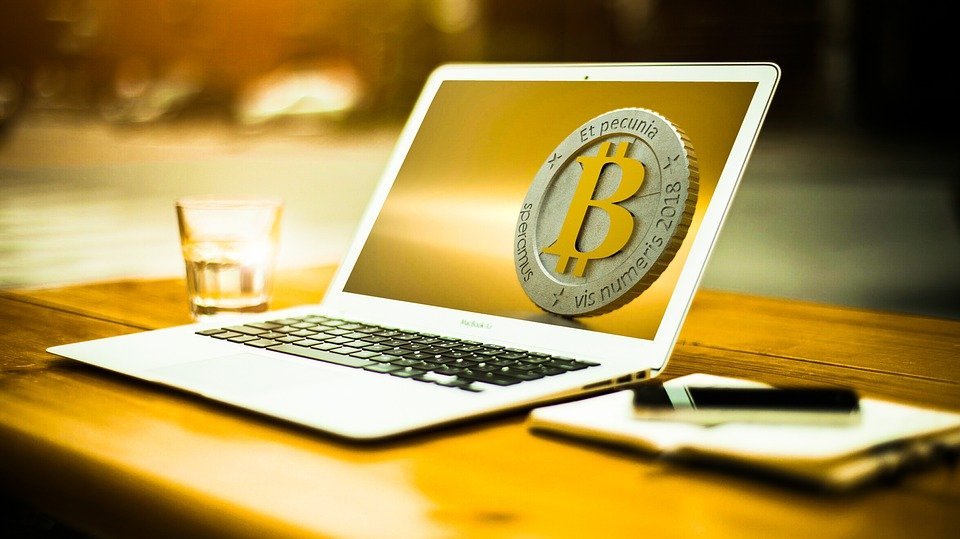 This post is a bit late and I should’ve thrown this out there since all the Bitcoin MLMs started flooding social media but I guess it’s better late than never.

However, there are still way too many people asking me if crypto currency is a legitimate investment and if/where they should put their money into.

So if you’re wondering if the end of making money with crypto currency has ended or if it is even a legitimate way to make money, then you will definitely like what I have here.

For those of you who are still involved with this type of stuff will probably dislike what I have to say as that is just how it is every single time I talk to someone who is heavily involved with all this hype.

If you’re seriously considering to invest your hard earned money into some “crypto”, allow me to educate you a bit on what you are really getting involved with before you even go about creating your very own digital wallet.

What is Crypto Currency?

A form of money that allows you to pay for things.

Nothing more, nothing less.

Now what has been going around lately has caused a lot of fuss due to the whole “make money with digital currency” madness that took over in 2017.

So when someone talks to you about crypto currency, just know that this is really nothing more than a digital currency, which does have actual value to it, simply because you used money to get it.

That’s what it is until someone comes at you claiming to make you money when things become a whole different ballgame.

Are You in Bitcoin?

That is the question I get asked from someone who is trying to pitch their ponzi scheme to me.

Right off the bat I know that these people have no clue as to what they are in, so I always make it a point to address the real program that they are promoting.

I simply reply to their question with, “are you in USI-Tech or Bitconnect?”.

They look at me all crazy and wonder how in the world I knew what they were talking about.

I also get those random ones that simply have no clue as to what they are in besides “Bitcoin”.

If you are one of these people and you are apart of some “company” that promotes some type of money making opportunity, you might want to pay attention to what I’m about to cover next.

An Introduction to Revenue Sharing

In 2016 a thing called revenue sharing took over and it was nothing more than people coming up with a site that promoted an advertising service to cover up what most people fail to understand.

I have been apart of these so called opportunities too so you can’t say that don’t know what I’m talking about.

I don’t care if the owner is real and he is trying his hardest to add all kinds of ways to bring in money, there is only one way that these companies started and how they continue to operate, and that is through the funds of new members.

AKA a ponzi scheme.

Once the crashing of My Paying Ads came, I really thought it was the end of revenue sharing but of course Bitcoin came along.

By having a currency that can’t be tracked and regulated, these same ponzi schemers used digital currency to keep everything going and this is how Bitcoin ponzis came to be.

This also brings me back to the time when people would come to my site and tell me that revenue sharing owners don’t accept Paypal because they are too complicated.

I really don’t know how anyone can believe that nonsense!

Paypal stopped doing business with revenue sharing owners simply because it is nothing but a ponzi scheme and that’s really all there is to it.

“Bitcoin is the future”

I’m sure you have all heard that before and some of you are probably giving the same speech to new people that you are trying to recruit.

Do I think Bitcoin is the future?

But what does that have to do with the price of eggs?

What did you use to obtain that Bitcoin?

So whether you think you know what you are saying or not, digital currency is an amazing thing but the whole make money nonsense that is attached to it has nothing to do with Bitcoin.

Let me just tell you that money is not made from thin air and I don’t care if it is in digital form, so please understand that Bitcoin is real money.

Recruiting is the Bread and Butter of all Ponzi Schemes

Now when you go out there  to share this little opportunity of yours to others trying to tell them that you make nothing from them (or just 10%) please think about what you are really doing and quit letting money take over your brain for a minute.

You are doing nothing more than trying to get others to join you so that you can make money, which ultimately throws it back into the company causing it to stay afloat.

So what you’re really doing is helping these scam artists fill their pockets and they won’t be your best friend once everything slows down and eventually comes crashing down.

The minute all the hype disappears, everything will eventually slow down causing everyone and their mothers to panic.

They will then start trying to withdraw their money, which will cause more chaos and all the latest investors with thousands of dollars less in their bank accounts.

This is also the time where everyone who tried to say that I was talking bad about a company realize that I was truly just trying to help.

What sucks is that these same people will not come back and try to defend that same company.

They will pretend they knew they were scammers all along and try to join the next best thing.

Then You Have Alt Coins

Once all the Bitcoin drama came and left, alternative coins popped up all over the place.

Join me in Dash here, put your money in Ripple there.

Anything to try to leverage something just to make money and this really has me shaking my head.

All the hype surrounding this is just another way to have people put their money into something in hopes of getting a decent return because I’m sure everyone is feeling the ups and downs of this new found investment.

If you missed the bitcoin hype, I’m sorry to say but you are not going to become the next pizza millionaire with an alternative coin.

You can hop from one coin to the next or simply play roulette but your money is going to go up and down like it should and the routine will stop once everyone realizes that they are really just wasting their time.

3 years later and the same people I was once involved with are still at their same jobs and I’m sure they are continuing their hunt for “the one” when it really doesn’t exist.

While those folks are still working their jobs, I’m proud to say that I made a smarter investment and instead of hopping from one program to the next, I put my time and money into a real online business.

I might not be the richest person in the world but I definitely make my living online and I’m not hoping and praying that I make money.

Hard work is what it’s going to take to make money online so if you can’t understand that much then you my friend, are in the wrong business.

It’s really only a matter of time until Bitcoin becomes just another way to pay for things and everyone will start treating it like the digital currency it is rather than some money making opportunity.

I am a fan of Bitcoin as it is really a cool invention but everything else is just hype.

I mean, what does the pizza millionaire story have to do with what all these ponzi schemes are trying to promote?

Sometimes you really just have to take a step back and examine what you are about to join.

How is this company even making money?

Please try to be a little smarter than most as that same person trying to get you to join them and their team is only in it to make money for themselves.

If you were making money trading, why would you need someone else to be in on it?

Think about that next time before you join something that you probably know little to nothing about or you might just get burned.

My Online Franchise is a Funnel to Yet Another Ponzi Scheme
Next Post: Is Freedom Cash System a Scam or Will They Really Pay You to Post Links?