From the second I landed on this site, I knew exactly what it was about and there was nothing but the word scam that crossed my mind due to the insane claims on their site.

After some further investigation, I was finally able to see exactly how things are done, which I would like to share with you today.

This Push Button System review will show you exactly how things work so you don’t start throwing away money like most people already have.

I am not affiliated with this program but I do know exactly how it works, so you can expect to get nothing but the truth rather than a sales pitch on how this is the best thing out there.

Let me just tell you that there are many other sites like this out there and whether we like it or not, there will always be a new one to replace them.

Grab a cup of coffee and allow me to give you everything you need to know before joining something that might just be too good to be true.

Push a button, make money and that’s all you need to do.

At least that’s what they want you to think.

The product is owned by “Jay Brown” and is actually apart of the Clickbetter affiliate network.

There is no explanation of what you will be doing but rather a bunch of hype and stories on how you aren’t making enough money, all while Mr. Jay Brown is pushing some crazy button and making thousands of dollars.

Sounds nice and all, but let me show you how this scheme works so that you can put those eyes back in their sockets thinking you’ll be rich before the day ends.

The words button and system are never associated with a legitimate product and probably because there is no such thing that actually works.

That’s the first thing you need to understand when it comes to the internet and making money.

Another issue with this site is the amount of money they claim that you can make as I’m sure you thought that was too good to be true, because it is.

Just so you know, there are literally hundreds of sites out there that use the same software that show the same exact numbers in “real time” just like the Push Button System scam does.

Looks cool and all but trust me, it’s fake! 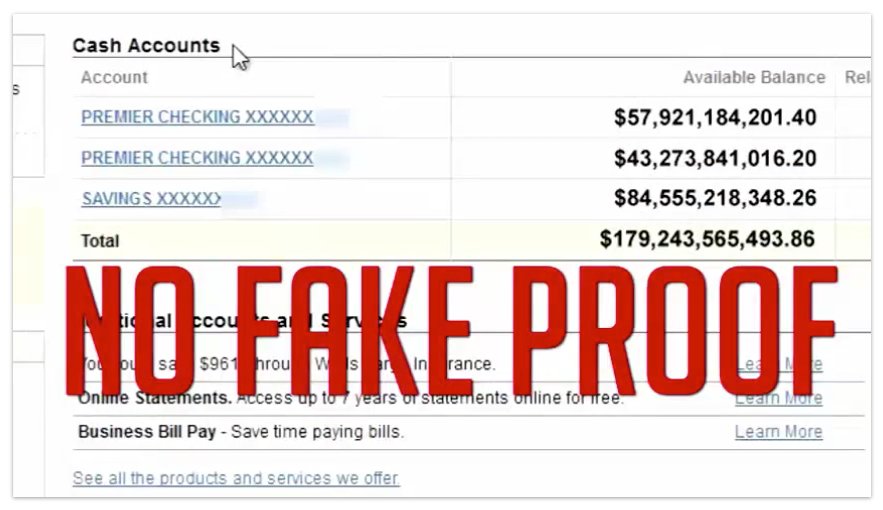 Then the whole “The People are real” nonsense is nothing but a big fat lie.

There are other scams that use actors to promote their products but at least they don’t go around trying to tell you that they are real.

How about a Ferrari and the whole Las Vegas jackpot story?

Talk about hopes and dreams because that’s what they’re really selling.

The biggest problem I have with this little button BS is how they try to target those of you who have tried blogging and affiliate marketing that aren’t making any money.

The stuff he mentions that doesn’t work, is probably the only way to legitimately make a lot of money on the internet.

I do affiliate marketing for a living and it is by far my #1 recommendation to anyone looking to make money online, so if that’s you, you might want to try a program called the Wealthy Affiliate.

That is by far the best online training platform, get all the help you need program on the net today and it totally works.

This push button product is nothing but a way to talk bad about a program in hopes that you’ll purchase this scheme so that they can make money.

Yup, The Push Button System is Nothing but a Scam

I remember the days when I used to think that even though almost all of these push button programs are scams, there had to be one that actually worked.

Of course I learned the hard way and realized that this whole mentality of get rich quick was non existent.

There is no get rich quick program and there is no push button secret either so take that and use it when looking for your next online venture.

Push Button System is a scam and the owner of this product, along with his affiliates have no intention of making you any money, so avoid this at all costs.

We all want to make money from home and it’s programs like this that give the industry a bad name.

Legitimate programs are not easy to find but they do exist.

For me, I have dumped thousands of dollars into these scammer’s bank accounts up until I found a site called the Wealthy Affiliate.

That’s exactly what I did and it is exactly how I’ve been able to work from home for the past 3 years.

So if you are looking to make money online, I suggest you at the very least give them a try.

You can see a complete review of WA here, so you can get a better understanding of how everything works before you commit to anything.

Other than that, thanks for reading my review of the Push Button System scam.

If you have any questions about this or any other program for that matter, feel free to leave it in the comments section below.

Thanks for reading and good luck!

Is Secure Job Position Just Another Make Money Online Scam?
Next Post: Is Direct Sales Really For You? Take This Short Quiz and Find Out Now