You are here: Home / Make Money / Buying And Selling (Flipping) Is A Great Way To Make Extra Cash 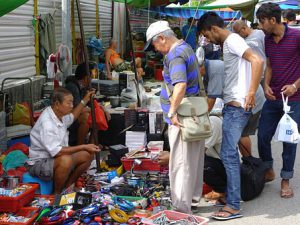 Buying and selling has been a huge part of the start of my entrepreneur life and it still continues to add a little income even if I don’t need it.

Today I want to show you how to make money from home buying and selling things online, offline, and even a combination of both.

There is just so much money to be made from something so simple that you could literally quit your job doing this stuff if you really wanted to.

If you can understand the very basics of buying and selling, you can make a lot more money than you do at your current job.

What is Buying and Selling (Flipping)?

I’m sure you’ve come across many things in your life where you were like “wow, that’s a really good deal” even if you had no interest in buying that item.

Those little things are exactly what you need if you want to be a successful flipper.

Just like how people need different items, there are those that need quick cash for something like a car payment.

This is where you (the flipper) steps in and snatches the item they have for sale, with the intention of selling it again to make a profit.

Not as easy as affiliate marketing, but it is definitely a great way to make you some extra cash.

That is exactly how a flipper thinks and you might want to think that way also.

Whether you like an item or not, if you see that it has that “wow, that’s a great deal” factor, you might want to step in and scoop that item up.

Keep in mind how much that product actually costs (used) and think about how much profit you can make with just that one item.

In just one day alone, you can make a couple hundred (or thousand) dollars just from buying and selling a few items.

You are definitely going to need to start with some capital unless you want to start by selling some of the junk around your house.

There are people that have made thousands of dollars flipping stuff and it reminds me about a story called “One Red Paper Clip“.

Dude sold a red paperclip, went on to buying something else, while saving and reinvesting until his flipping of items landed him his first home.

This is also what you need to do if you want to make the most of your flipping efforts, so you might want to read that also.

One Man’s Trash is Another Man’s Treasure

This very much applies to anyone looking to do some flipping and it really excites me as it reminds me of my start as a young entrepreneur.

There’s a lot of stuff that you own around your house that someone else can use and are willing to pay good money too.

Just like when I settle in a place and I find myself needing something that I once used to own at one point in my life.

Things come and go and there is always someone looking for something that you aren’t using.

You Need to Know How to Reinvest

Most people buy, sell, and go out there celebrating like they’re rich.

I did it and you can blame the young punk in me.

I would flip a car and make a solid profit and head out to the bars thinking I was some kind of baller when I was just young and dumb.

This is the best way to kill your business and also a great way to show how irresponsible and uneducated you are in the world of business.

There are people out there that have started flipping with a very small and inexpensive item who are now flipping houses and other big ticket products, just like Mr. red paperclip himself.

Where to Get Started 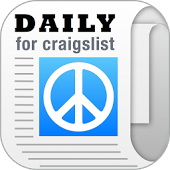 Craigslist is a great place to start.

Not only are you tapping into a huge listing of items for sale but you’re targeting those that are most likely looking for a quick turnaround for their listing.

Use some Pawn Stars tactics and you can get things for a really good price.

For me, I started flipping cars, so that had to deal with me meeting up with people and also required a higher budget.

Then there are those apps like Let it Go, which is a good place to sell junk but might not land you the best deals.

Other places to find great buys:

There are many places to find great deals on almost anything out there and by simply asking if things are for sale will land you some awesome stuff.

Once I jokingly asked this dude if he was selling his Mercedes and to my surprise he actually was.

Not only was he selling it, but he was offering a steal of a deal.

Of course I took his offer and within a week I had offers of twice the amount I spent on the car and ended up letting it go for over $3,000 in profit.

Not bad for such a little amount of work, aye?

You Need to Be on Top of Things

If you are serious about making extra money buying and selling, you need to really keep an eye and ear out for things as they come and go extremely fast.

Download the craigslist app and check your local listings at least every hour as the great deals will come and go faster than you think.

By staying “in the know” you will have dibs on the best stuff out there along with the best prices.

Flipping is a great way to make extra money and I still do it up until this day although not as active as before due to running my own online business.

For anyone starting out in business, flipping is a great place to start and I recommend it to anyone who simply wants to make money.

What are your flipping stories?