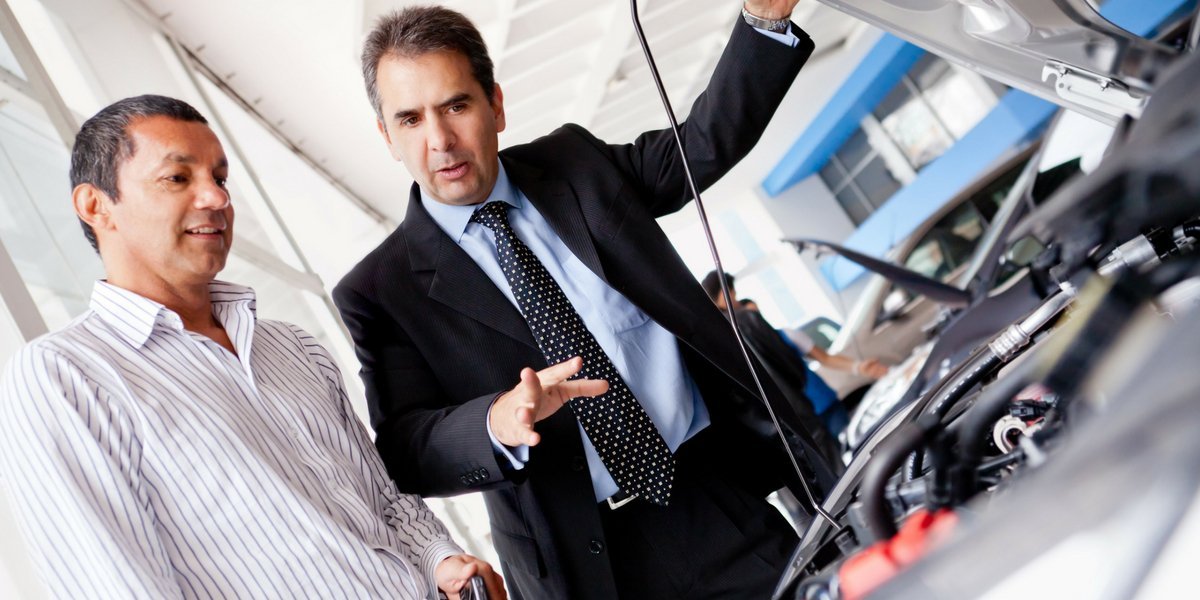 I don’t know about you but I am the type of guy that is easily sold almost out of pity for the person who is selling me whatever it is that they are selling.

Whether it be a pushy direct salesman for some overpriced vacuum or even a not so homeless person that is trying to take my money, it is not easy for me to say no.

As a businessman, this is not how you want to be but as a warm hearted and caring person, you can have quite the problem.

If you are anything like me and you seem to be caught in the middle of two and you most likely give into the salesman and out comes your wallet.

Instead of being Mr. nice guy (or girl), let me show you how I’ve managed to deal with this crowd of salesmen that could’ve easily been avoided.

With these simple tips, I’m sure you will feel a lot better saying no than you usually would and believe it or not, it will make you that much more productive with your overall financial part of life.

Everything Starts With Confidence

Everything you do in life starts with confidence.

From landing a regular old job to even becoming a better marketer.

Now when you’re on the opposite end of that marketer, just know that they are going to come at you with more confidence that you can handle.

So how do you combat this?

You become just as confident if not more.

Don’t let them take control of the conversation and always listen but not to the point where you’re left with no other option but to say yes.

They will try to sell you their product, their business, or try to land a second meeting with you unless you give them more time then they will do all three.

Don’t be rude and show interest but don’t always be a yes man as it will only work against you.

My thing is, don’t ever let the marketer outsmart the marketer and I say this because as humans, we are all marketers whether we like it or not.

When I was introduced to my first MLM opportunity, I had no idea I was even getting involved with one.

I didn’t know a thing about it and before you know it, I was signing up and even found myself at some convention of some sort that explained the business in more detail.

And now that I look back at that little meeting, I can see that there were hundreds of other people who were in the same boat as I was and even if I would like to credit that person for being one heck of a marketer, I would like to say it was all because of a commitment that none of us were ready for.

Simple things like that can put you in a very bad position, which will result in you pulling out your money and committing to some monthly payments that will only last as long as you feel the need to keep THAT PERSON happy.

So before you say yes or even purchase any products, a simple “I’ll think about it” will work best.

“Let me see what my husband will say”

Simple words can make a world of difference and no, you do not need to lie to anyone.

We are all busy and I’m sure they know that too.

Who do you know that has not seen a multilevel marketing company before?

Or who do you know that has not been introduced to some “better knives” or an overpriced vacuum?

They are all over the place and we all have seen some type of opportunity in our life.

Again, without lying, tell that marketer that you have already seen their product.

More than likely they will be pushy and will not like to hear no but if they are still pushy then you can stop them in their tracks and give it to them like it is.

This also leads into my next tip, which might sound rude but it’s actually better this way.

There is nothing wrong with saying no and even the pushy sales people will understand.

Together with confidence and the little strong word “no”, you can accomplish a whole lot.

The first thing that saying no gets you is the fact that they know you mean business.

The most they could do is try to schedule some kind of appointment with you but even at that, they will probably feel like they are trying too hard.

The best part about saying no is the fact that you don’t have to worry about them calling or texting you in the future.

Tell them you’ll think about it and not only will you feel that you committed to something but you will probably end up buying or joining but you will also have it in the back of your head that they will be contacting you soon.

We all know that you don’t have any time to worry about that type of stuff, so save yourself the stress and tell them no.

Every salesman has one goal in mind and that is to sell you something.

Whether it be a product or a membership, they want you to buy whatever it is that they are selling or join them in their business for what reason?

So that THEY can make money.

As much as I have nothing against network marketers or any other salesmen for that matter, you can’t help but understand that they only want your money.

Even if they come off as legit and honest or if they are really a Saint, the end goal will always be to have you take some kind of action that will benefit them in one way or another.

The next time you are approached by an MLM-er or even the same homeless person that asked you for money every single time you see them, use these tips.

If that person asking you for money doesn’t even know that you already gave them money the day before, you know they have no interest in trying to help you and they are most likely just like every other salesman that you have come across.

At the end of the day, use good judgment, be respectful, and most especially do not commit to anything.

Easy 1 Up Is A Scam In Disguise So Be Careful With This One
Next Post: Is it Possible to Make Money Online With Just a Tablet?