Home » Make Money » How to Make More Money Than Your Boss 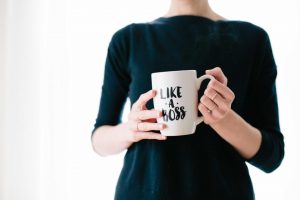 Most likely you’re not making more money than your boss or you would be the boss.

Today I want to show you how you could actually make more money than they are, if you actually really wanted to.

Life is pretty amazing if you step back and really think about how everything works, especially at the workplace.

It doesn’t matter if you’re a ground pounding infantryman like I was or you’re sitting in a cubicle working for corporate America, it all works the same way.

I have had many different bosses in my life and rather than trying to takeover what they did, I decided to take an easier route.

A route that most people won’t ever consider, but that is what has made all the difference in my life and the way I see things.

Taking that step back has led me through a crazy journey and I want to show you exactly how I was able to quit my job and make more money than my boss.

Sure the thought of making more money than your boss is great and the idea of it seems impossible but it’s really now.

If you can understand that yes, it is possible, and no, it’s not going to be easy then you can very well take the same path I took.

The normal 9-5er would immediately think about how they can work hard and get that promotion for that pay raise, but it’s going to take a lot more than that to make more money than your boss.

Think Outside the Box

If there’s one thing that stuck with me after getting out of the military it was something along the lines of “work smarter, not harder”.

That little line has done wonders for me and I’m sure it can do the same for you if you can think outside the norm.

In order to even think of making more money than your boss, you are going to need to think big and I don’t mean come up with some type of unrealistic dream.

I mean to dream realistically big.

Without having something big to chase, you really won’t accomplish anything.

If getting promoted is your idea of making that happen, you my friend will not get anywhere and you might as well be on good terms with your boss because you will never make more money than they do.

Break Out of Your Comfort Zone

Remember how I said to step back and see how life really works?

That’s what you need to do in order to realize that you are very much comfortable with where you are in life and you’re set on working at that job until you retire.

Think about what you’re doing and how much money you’re making.

Where do you see yourself even just 5 years from now?

These are the little questions you need to ask yourself or you will remain at that job for as long as you live unless you do something about it.

For me, I was finally making $10/hour with the 5 years I was at my job and after doing a little math, I figured I would not even break the $20/hr mark in 20 years.

That blew my mind.

I quit my job and got out of the military.

Everyone and their mothers thought I was crazy, but I knew it had to be done or I’d be at that job for the rest of my life.

Stepping back and doing a little math was enough for me to see where I’d be in 20 years and it wasn’t the ideal income I imagined.

Still making less than $20/hour and definitely not making more money than my boss, I knew there was no way I would make more money unless I did the unimaginable.

To be honest, I really didn’t have a plan, but getting out of that comfort zone was the first step to getting to where I wanted in life.

I Was Fine With Routine

Wake up, go to work, get drunk, go to sleep, and do it all over the next day.

That was what my life consisted of for a good 5 years and I’m sure I could’ve did another 10 without even realizing that I was headed nowhere.

If I didn’t step back and really look at what I was doing, I really wouldn’t be where I am today but I’m glad that’s not the case.

There is nothing wrong with routine, but if you want to make more money than your boss unless you know that routine is what you need to change.

I’m sure you and your boss are not in control of anything in your lives.

He/she might be “the boss” but they probably work twice as hard and have less of a life than anyone else at the job site.

Most only care that they get to boss people around and some think they’re making the best income in the world.

Your career will usually dictate how much money you make, but working a normal job is not the only way to make a living.

There are thousands of other ways to make a living and I’m sure you could make more money if you went out there and found a better job.

One that paid more and probably even gave you more freedom to actually live.

For me, the internet was what got me out of the rat race and ultimately have me make more money than my boss.

I turned to the internet to make money online and boy was there more scams than anything to land on my lap.

Scam after scam, I tried to find something that actually worked and that was harder to do than I thought.

There was no real program that actually taught you how to do this, but with a little persistence I finally found something legit.

Without having me recruit anyone to make money or claiming that I’d make thousands of dollars in my sleep, I had a really good feeling about things.

This program taught me a thing called affiliate marketing, which is probably the most interesting business model I’ve ever come across in my life.

Not only is done on the internet, but you don’t have to own a single product to make money.

Making money selling other people’s products was something I could see myself doing and it is exactly what I did.

With a little learning and applying what I was taught, my life was about to change.

The whole making money thing didn’t come overnight, but I knew it would come as long as I kept moving forward.

This program came with some unique and top of the line training, but that wasn’t all it had.

There was actually a bunch of other online entrepreneurs that were there to help me along the way, which is also how I knew that I had to keep moving forward no matter what.

In less than a year’s time, I was able to create a solid income from home and it was worth every single second that I put into growing my business.

Would You Sacrifice 1 Year For 20?

Remember that little math I spoke of earlier?

I traded 20 years of making less than $20/hour to making more than that in a year.

If you know anything about math and business you will know that 1 year is a very short time to make more money than your boss.

The beauty about all this is that it’s an ever growing, get what you put in type of business.

So what I did in that one year was exactly what I did to grow my income even more.

You get the picture.

If this is something you are interested in doing, you have to try a program called the Wealthy Affiliate.

If you can understand everything that I’ve discussed in this post, I would be more than happy to show you exactly how things work.

Join me here and you will see exactly how making money online is beyond possible.

Not going to happen overnight, but with a little patience you can and will make more money than your boss or probably more than anyone you know.

Get started today and you’ll see how amazing the internet really is!