Home » Guides » How to Become the Next YouTube Sensation: Learn Before You Earn

With all the news about all these kids making millions of dollars from Youtube you can’t help but want to do the same.

With Ryan’s Toy Reviews making $11 million in one year, I’m sure you would be perfectly fine making just 1% of that.

So how do you really make money on Youtube?

Well, it’s actually really simple but can be complicated at the same time if you one, don’t know what you’re doing, or two, you are getting the wrong advice.

This post will have you on your way to making some good money on Youtube but there are several things you need to understand before you get involved with something like this or you’ll need up becoming another failed statistic rather than the next online millionaire. 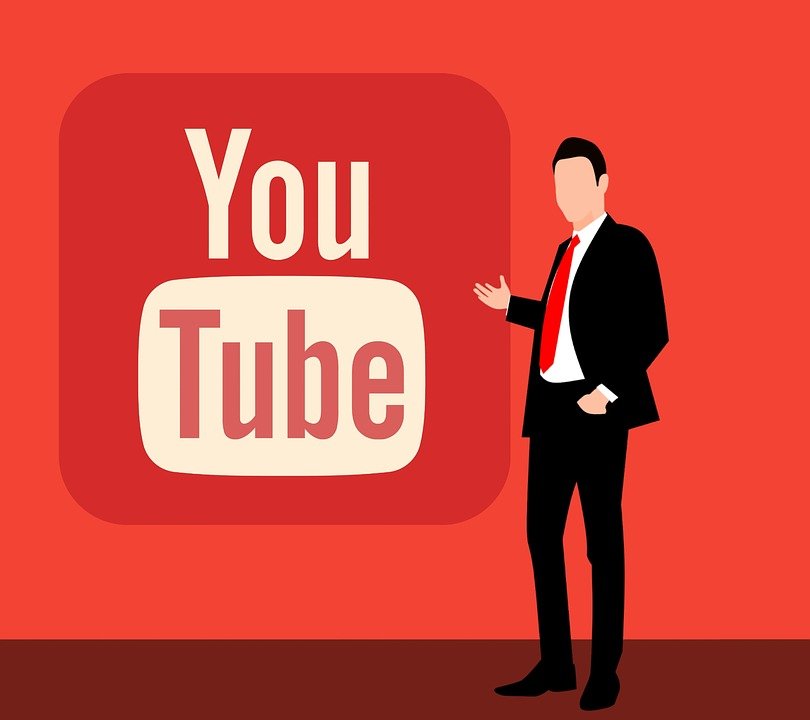 With a regular business, it would take time before you are in profit.

The thing about making money online is that when it rains, it pours, as long as you follow the core principles needed to create, run and maintain an online business.

Too many people come into the business and quit just a couple of months into things.

It’s really a complete bummer because they just didn’t understand the concept of how this money was made in the first place.

That’s the typical pattern of a failed online marketer and this leads to another YouTube channel that heads into the storage room to collect dust and not make any money.

Remain consistent, follow the formula to a successful vlog and keep popping out them new vids.

Fresh content is very much necessary to become the next YouTube sensation, so don’t think you’re going to make millions of dollars by creating one video that goes viral.

That’s not how it works.

So before you even think about getting involved in the business, be ready to create content at least twice a week or you just won’t be able to compete.

How Money is Made

We sure can’t make it big online if you aren’t making any money, right?

Well, that’s why our friend Google and many other companies are willing to pay us for having their products on our vlogs.

Now Google is not going to pay just anyone who has a YouTube channel, so you will need to reach at least a thousand views on your channel before you can get approved to run some Google Adsense ads on your channel.

Once you get approved, you can start getting paid for every person who clicks on any of the ads on your channel and this is why millions of subscribers and views is any YouTuber’s goal.

Once you get to that level, you will most likely have other companies contact you to place ads on your channel and then you can make money from them too.

As a YouTuber, you will be referred to as a Vlogger so you might as well get used to the name.

To create your first YouTube channel, you simply need to head over to Youtube.com and open up your personal account.

Choose a name for your channel, preferably in your niche and let Google do the rest.

For instructions on how to create a YouTube channel, you can do so here.

Choosing a specified topic is going to help you big time when it comes to vlogging so don’t think that putting anything and everything on your channel is the best idea.

Remember that Ryan kid I spoke of earlier?

There is one thing that separates him from the rest of the vlogging world and that is his parents who know exactly what they are doing.

Sure you can go out there and record yourself doing anything, all while trying to get others to subscribe to your channel but that method might sound great up until your reach can only extend so far.

If you’re not a member of the Kardashian’s social network, you might want to pay attention to what I am about to share next.

Ryan Toy’s Reviews is the most watched and most consistent vlog out there and for good reason at that.

Ryan’s mom understand this thing called search engine optimization (SEO) and they understand how and where to get free traffic that adds to their subscriber list, which is not small either.

First, let’s take a look at the name of their channel.

Can you guess what their niche is in?

It might be kind of obvious to some of you but if you’re completely new, this might not come to you as common sense.

The channel was designed to do reviews on toys and that is exactly what they did.

Behind every product or hot topic is a search being conducted by the BILLIONS of people online every single day.

If you try Googling “Ryan”, you will see who is on the top of this search.

This one simple search amounts for millions of views, which adds more traffic, subscribers, and chaching to their bank account.

Do you know how many Ryan’s are in the world?

This kid is so popular that even he rules the search for that name.

Even with Paul Ryan all over the place, see who actually holds that #1 spot. 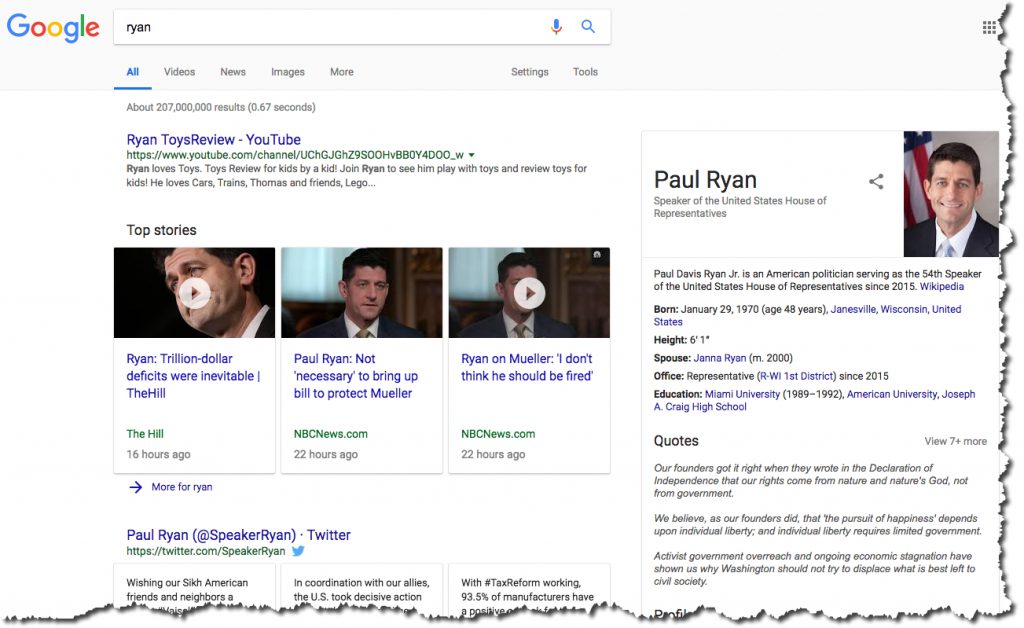 That was one example but can you imagine being ranked for all these different toys and having people land on your YouTube channel?

The best part about this whole blogging thing is that you can do it on whatever you want.

Makeup, pranks (another hot search), DIY, or anything you can possibly think of that will be helpful or entertaining to just a small audience of billions of users online.

I don’t care how shy you are or how much you think you can’t do this whole online thing, anyone and everyone can make a nice income from something so simple as a vlog.

As a matter of fact, there is another YouTuber who is actually not a kid that brings in more money than Ryan and her channel consists of little finger puppets.

I can’t remember the name of that YouTuber, but trust me, she exists.

Well that’s about all you really need to know about creating a YouTube channel and becoming the next online businessman.

Now get out there and give it a try.

Just remember the little tips from this post and you will be good to go.