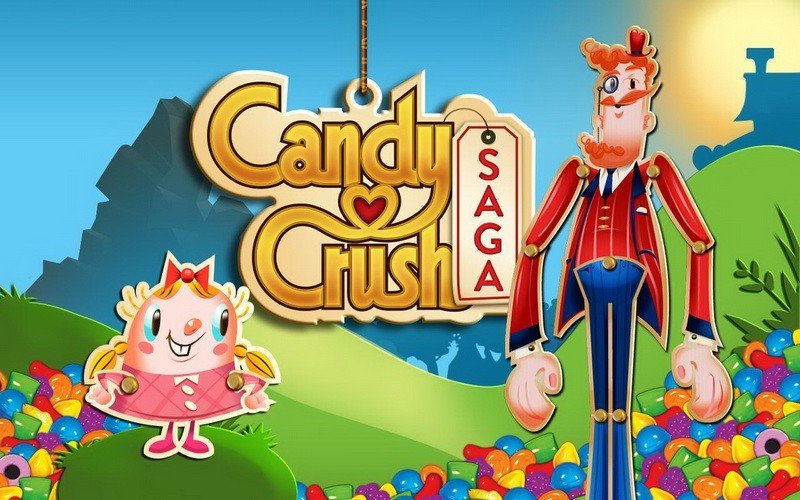 Did you really think that you could make money playing Candy Crush? If that were the case I would be rich, being that I probably play that game every single day, whenever I get the chance.

The reason for this article is because I got an email from the paidsocialmediajobs.com (which is a scam) website and they claimed I could get paid to play Candy Crush.

Through extensive research coming from this shady site, I have figured out exactly what they are talking about and I thought I’d give you some insight on this outrageous claim.

“Get Paid to Play Candy Crush”

That is the exact headline on the email I got, and do you really think that as a Candy Crush addict that I won’t open that fricken email?

Of course I did! Props to them for picking something so catchy, and getting suckers like me to let their curiosity get the best of them.

The body then followed with the fact that app developers all around the world are paying people to download, test, and review their apps, to include Angry Birds and Candy Crush.

Ummm, Candy Crush Has Been Around

In case you didn’t know this, but Candy Crush and Angry Birds have been around longer any other app I can think of.

Along with that fact, they are probably the two most popular games for smartphones, so do you really think they need people to “test” their apps at this point? Didn’t think so.

This was nothing more than a marketing stunt to get people curious and read their email that was probably worthless to begin with.

So Can You Make Money Playing Candy Crush?

They try to make it seem like you will have money deposited into your bank account just for playing the game, but of course that only happens in la la land.

If you were going to be able to make money from this, it is not going to be by simply playing the game and that’s about all there is to it.

There are ways that you can make money with apps, but even at that, they are not going to pay you something worth your time.

Yup, they were right. You simply have to download apps on your device, test them and then do a review on them.

All this is done through a site called App Coiner, which is another app that got me asking a couple of questions.

The one thing that made me second guess the legitimacy of this site, was the fact that you had to pay a fee.

From that point on, I knew exactly what I was getting myself into. Yup, another scam claiming to make you money for doing little tasks.

Final Verdict: You Can Not Make Money Playing Candy Crush

Unless you plan on joining some type of competition against fellow Candy Crushers, you can not make money by simply playing this very addictive app.

From one scam to the next is what has happened in this case. Just like the scam site that got me to App Coiner, they are both scams.

If you thought that you could really make money doing nothing, shame on you. If you knew this was too good to be true, good job on your part.

There aren’t many legit opportunities when it comes to making money, especially on the internet. However, it is possible to make money online.

I do it for a living and there are many others that do it as well. There is a catch though, so you might want to think about things for a minute.

Ready for it? You will not make any money playing Candy Crush all day! Just like any other type of job out there, it is going to require you to do some work.

I always recommend programs like the Wealthy Affiliate, which is how I got my start in the world of making money online.

They do charge for their membership, but they also offer you a free membership, which will show you exactly what you will be getting yourself into.

Looking to make money online? Click here to what program I recommend!

You Have Been Warned

I hope you don’t get involved with any site claiming to make you money by playing some type of game, if they are charging you to do so.

Making money requires you to do some type of investment and in most cases require you to work.

Quit falling for any get rich scheme and you will be good to go. I hope you have learned a thing or two from this post and hopefully I have saved you a couple bucks from joining another scam out to take your money.

Remember now, “if it sounds too good to be true, then it most likely is”. But for those of you Candy Crush addicts out there, I’m curious. What level are you on?

How To Become Successful Online: Dream Big, Realistically Big
Next Post: Only Cash Surveys Review – Another Scam That’s Not Paying